Tokyo Game Market Autumn 2019 is just a few days away and will take place on November 23-24 at Tokyo Big Sight Aomi Exhibition building.

Publishers still announcing games they are going to sell and exhibit at the show so a list like this can never be complete as there always will be surprises among the many hundred games releasing at the show.

Without further ado these are the games I am most interested in:

Uzumaki Switch is the designer of the 2014 release Fruit Picking, which I and my colleagues love. We loved it so much that (and this is now kind of a soft announcement) got the license and will publish a new version of the game early next year.

But even without Fruit Picking I would have been interested. The art style is charming and after reading the rules it seems to be a tight playing puzzly tile layer with tough decisions.

Their previous game "Improvement of the POLIS" is a great strategy game, one of my favourites of this year (when it came out in the Asobition edition and I tried it first).

Now they are following up with Land, which takes place in the Middle Ages in the Holy Roman Empire (the cover shows a medieval Heidelberg).

In this worker placement game the players collect and sell crops to earn money and build buildings to meet people's demands. The player who has the most fame at the end of the game wins.

The story is as old as Euro games are, but with that publisher I am still excited.

To mix up the gameplay there will be (similar to POLIS) event, milestone and reward cards.

Oink is the most consistent publisher at Game Market to put out quality games. Since a few years it seems like that they are bringing at least one new game every Game Market. This time they are bringing the auction game Fafnir where players can win gems by giving up other gems. The gems have shifting values depending on how often they are in the game.

After reading the description for Fafnir I don't know if this will dethrone Fake Artist or Deep Sea Adventure (which are doing very different things) but the idea seems neat and I am an Oink completionist and every Oink game is at least always a lesson in great graphic design. 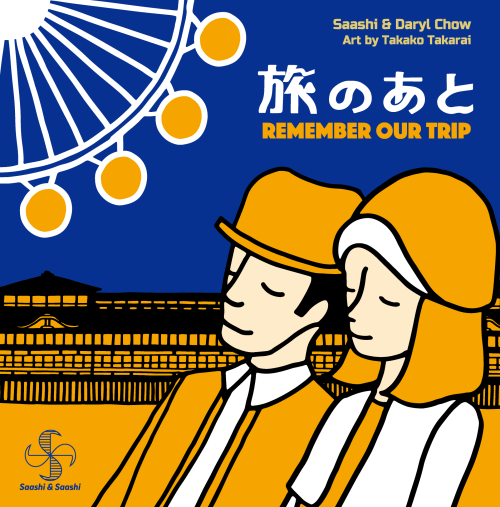 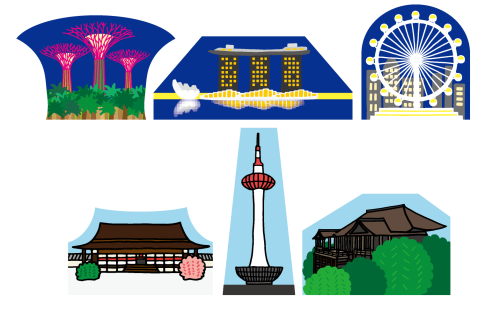 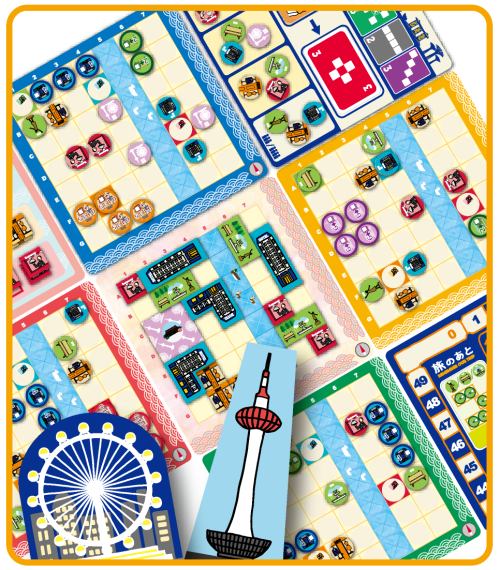 Let's make a bus route is my favorite game from 2018 and Saashi & Saashi has one of the most memorable art directions at Game Market.

The theme here is also lovely: "Players try to recall their shared travel journey by placing image fragments on their image boards. An image fragment represents a memory of a location that you visited while travelling together."

Gameplay-wise I read it is a mashup of Let's make a bus route and Daryl Chow's Overbooked. I haven't played Overbooked, but if it is anything like Bus route that's a good thing :)

The theme is great: Managing space rockets which are fueled by beans. The illustrations are by Tori Hasegawa who is one of the finest artist working in board games in Japan. The rules are available in English and I have read them and they seemed solid. The publisher brought us the fun Mamey before, which is a small card game also featuring beans and now the publisher brings us with Project Universe a bigger Euro game.

Before I entered the board game industry I was a dancer and this is just one of the reasons why I am interested in this game. It is a trick taking game with dance moves on the cards and the winner of a trick has to dance a choreography from the cards in their trick and will get points from their fellow players for that. And from what I gathered there are some serious dance moves on the cards with a description on how to do them in English, Japanese and French.

So this is more of a party game and the player count of 4-8 players supports that. I think this can be great fun and maybe even a nice tool to get some improvisation going in dance class.

This game idea sounds so much fun. During a turn you tear a paper along the grid which has many different symbols in it. You don't get all that for yourself but instead you fold the paper and the folded paper goes into the middle and then in some way every player can draw one or more of the folded papers like a lottery ticket and uses it for themself.

I can imagine great situations where players make a giant ticket and the other players think this will be great and full with useful symbols only to find out it is full of negative symbols. 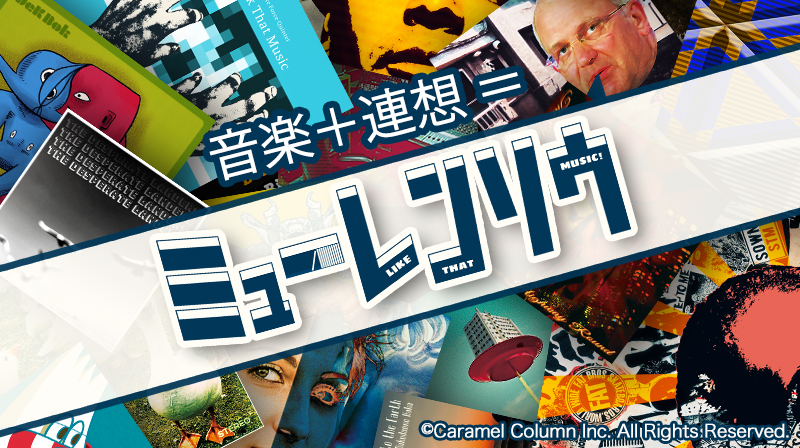 That game has some similarities to the Dixit genre of games in which players have to make guesses based on the presented images but this game adds music to the mix. In the game the "selector" opens a certain number of cards in the middle. Then they play a music track of their choice for 5 seconds. Now the other players have to choose which card is fitting best to the music with pointing at it by the count of three.

The selector then can take all cards (which are victory points) except if the other players all chose the same card. Then, the cards are discarded.

The rules are very simple and I am not entirely sure it will work in my group but I love all the different album covers on the cards.

I have never played the game before but after seeing it so many times in stores I finally want to give it a try in the new edition, which looks also way fancier than the older editions.

This game was first released in 2003 and made a few years later a bit of a splash as one of the first games from Game Market being successful in Western markets. Z-Man first picked it up for the US and Amigo followed with a German version. The game itself has a neat Recycling theme and the gameplay seems simple, yet tactical.

The journey of my future self

This is a solitaire game with a time travel theme and "unusual puzzle characteristics". I like the theme and I like solo card games which I can play without a lot of preparation, so I want to give this game a try.

English rules: Will be provided online by the publisher

With artwork from my favourite artist at Game Market, Makoto Takami, this roll-and-write seems to be a rock solid game about moving around in a labyrinth by drawing polyominoes on a map. Looking at artwork I want to discover the ruins.

Roll-and-stencil. 24 stencils included. That is all I know so far. Stencils will be probably more of a gimmick but I love gimmicks and this will make for a draw-and-draw game where I actually want to look back at my creation or even keep it after the game is finished.

Additionally, this game is from the same designer-publisher as Clerson and the Exhibition at Dawn which is one of the most unique games I have played from Game Market.

This game will only be sold in very limited quantities as some kind of prerelease. It is a dexterity game in which a player can only use one finger to bring the climber to the top.

That it is all made out of paper is mind boggingly cool and the publisher has made some great games with Hiktorune and Babel before, that is why Climb makes my list.

English rules: Printout will be available 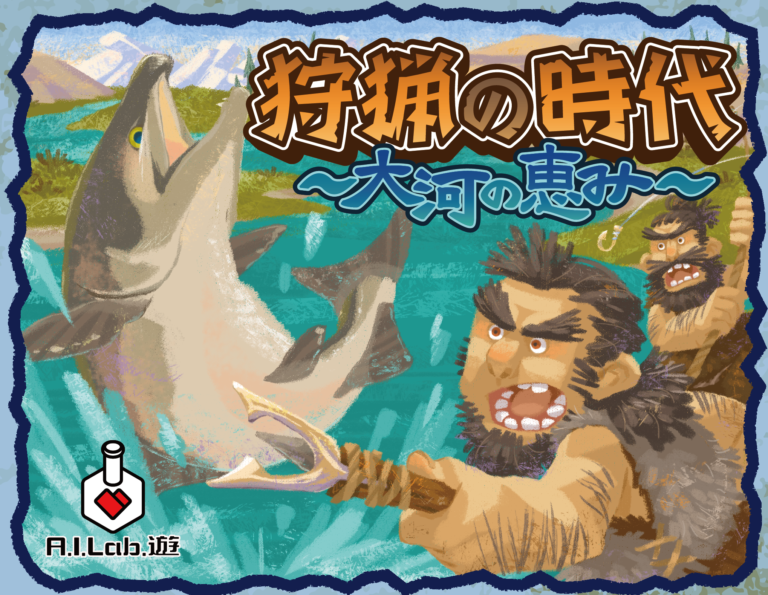 I put these two releases together because they are from the same designer-publisher and they both belong to the Era of ... series.

The first part Era of Voyage is more widely known since EmperorS4 has picked it up and brought it to Essen last year. I also really liked Era of Hunting but wished there was a bit more going on and I guess the expansion will solve this. I know nothing about Era of travelling merchant except that it is a pick up and deliver game.

That's it for now. There are more interesting looking releases like Immunitas, Philadelphia and Vulcanos, but I have to make the cut somewhere. That is the tricky part about TGM because you can never be sure when and if you will have another chance buying the games you are interested in.

If you are looking for a bigger list showing the wider scope of Game Market releases (though still only scratching the surface) head over to BoardGameGeek, where I have created a preview geeklist with over 100 titles.

As for how to do research on Game Market games here are a few tips:

Publishers usually use Twitter to announce their games to the public for the first time. If you follow creators on Twitter you will probably be one of the first people to see the announcement of their games. Some publishers skip Twitter and promote their games directly on the Game Market website which has a ton of info about new releases and general information but can sometimes be a little hard to navigate. These are my primary sources for getting to know new releases.

There are two more secondary sources for finding out about Game Market games:

- Booth: Booth is a marketplace many publishers use to sell their games online. With a forwarder you can also order games here internationally. Publishers usually list their games already before GM.

- Bodoge.Hooby: This is basically the Japanese version of BoardGameGeek with a huge database on JP games.

Last but not least I want to give shoutouts to some fellow geeks who are banging the drum for Game Market and have published their own anticipation lists.

Rand Lemley at the Board Game Squad

Also, while Saigo did not publish an anticipation list, he translates tweets from JP creators about new games, translates TGM reports from Japanese bloggers to post on BoardGameGeek and translates rules for many of the games releasing at the show. If you are at all interested in JP games I would suggest following him on Twitter.